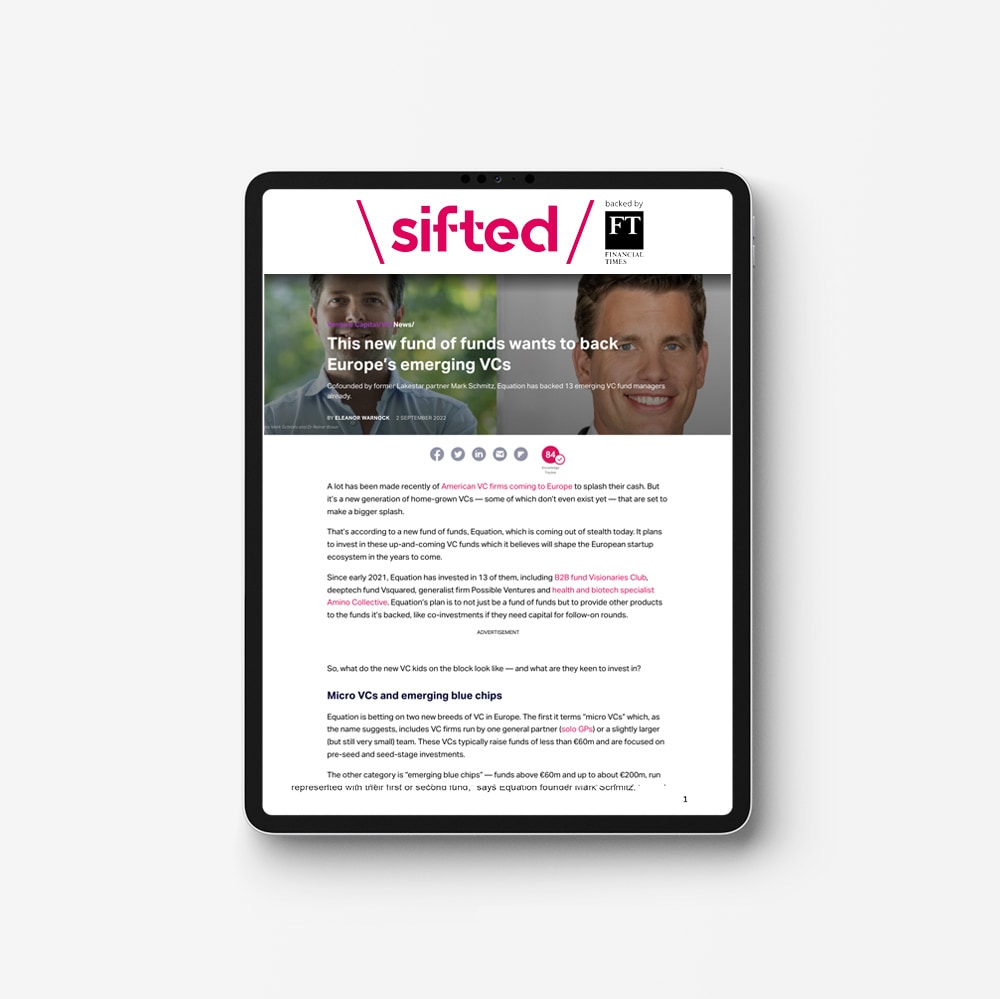 Sifted: A lot has been made recently of American VC firms coming to Europe to splash their cash. But it’s a new generation of home-grown VCs — some of which don’t even exist yet — that are set to make a bigger splash. 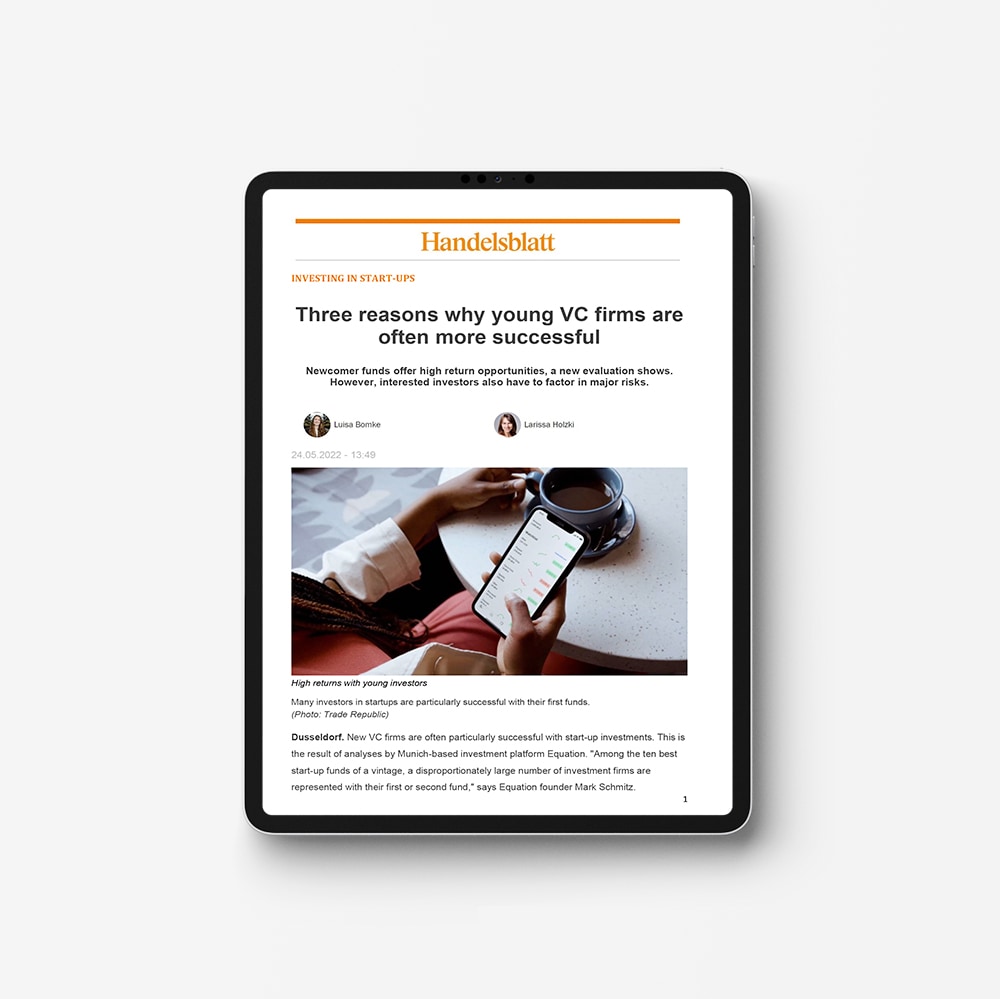 Want to Outperform in VC? Don’t Invest in Alumni. 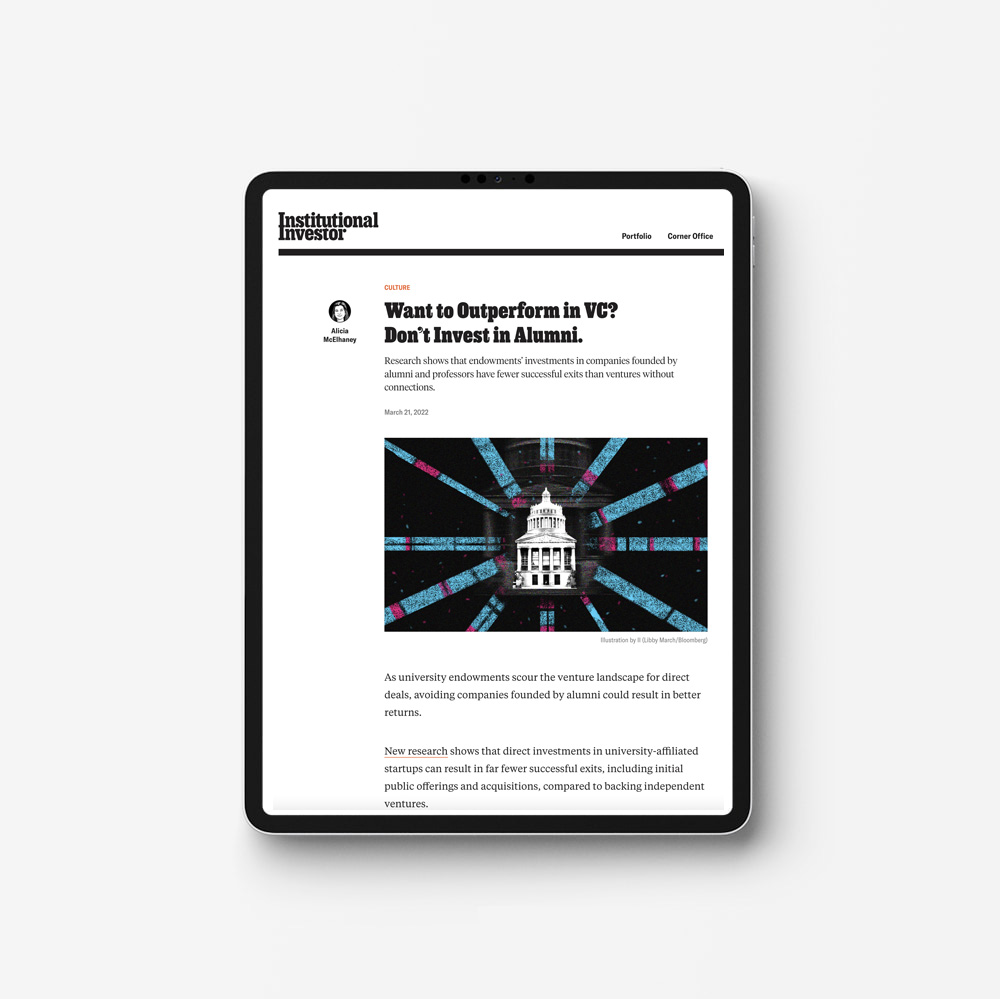 institutionalinvestor.com: Research shows that endowments’ investments in companies founded by alumni and professors have fewer successful exits than ventures without connections. 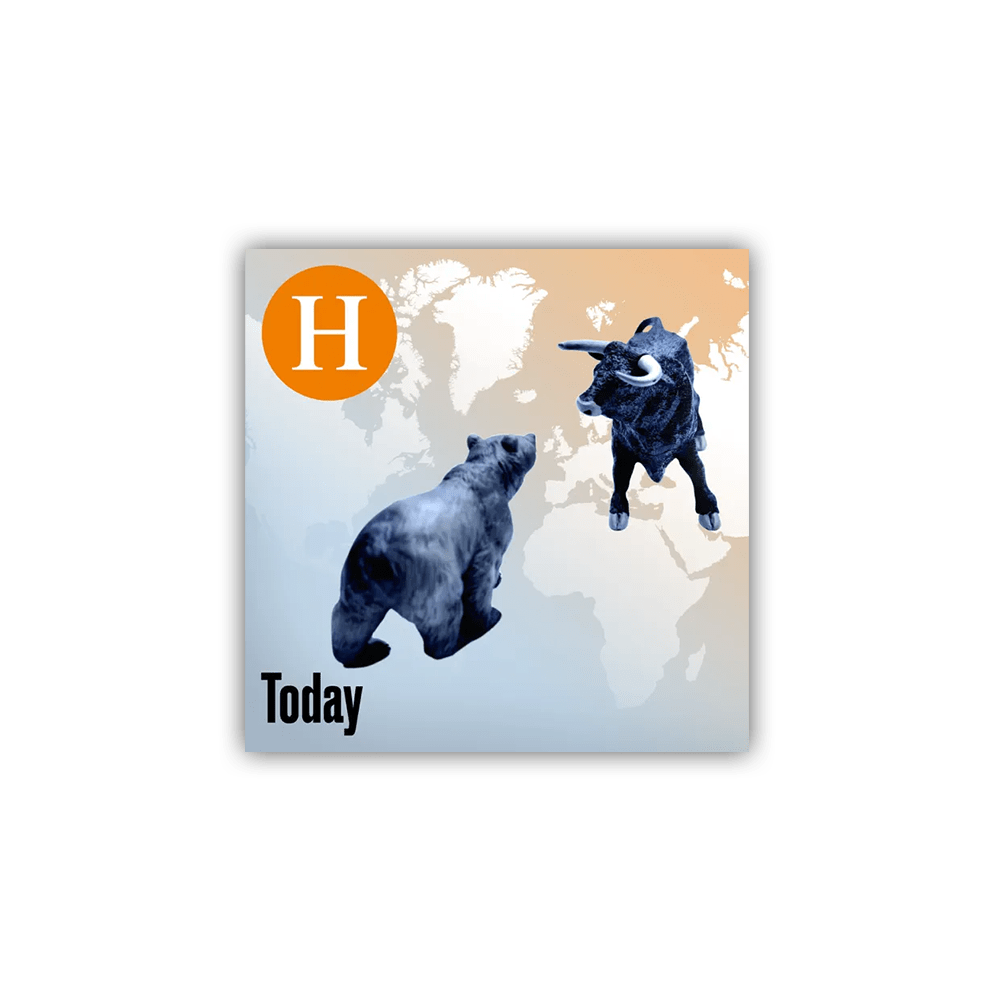 Handelsblatt: The money pots are full. An ever-increasing number of funds are seeking the most promising start-ups. Exclusive data now show why new funds often have the greatest chances.

Made in Germany - still 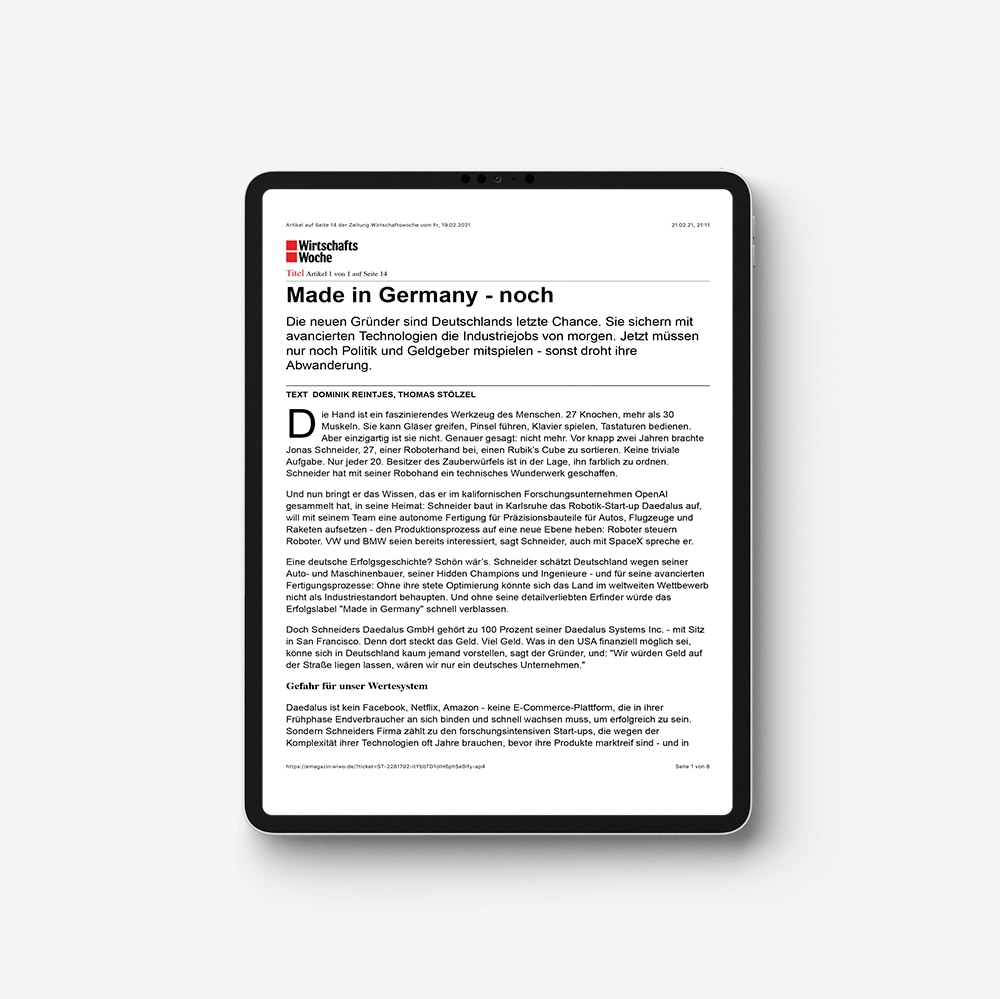 Wirtschafts Woche: Venture capital expert Schmitz thinks the attention Biontech has been getting these weeks is good: “People are starting to realise that significant enterprise value is being created here, that research and venture capital are making a difference.”

Road to IPO - How the framework conditions for IPOs are developing 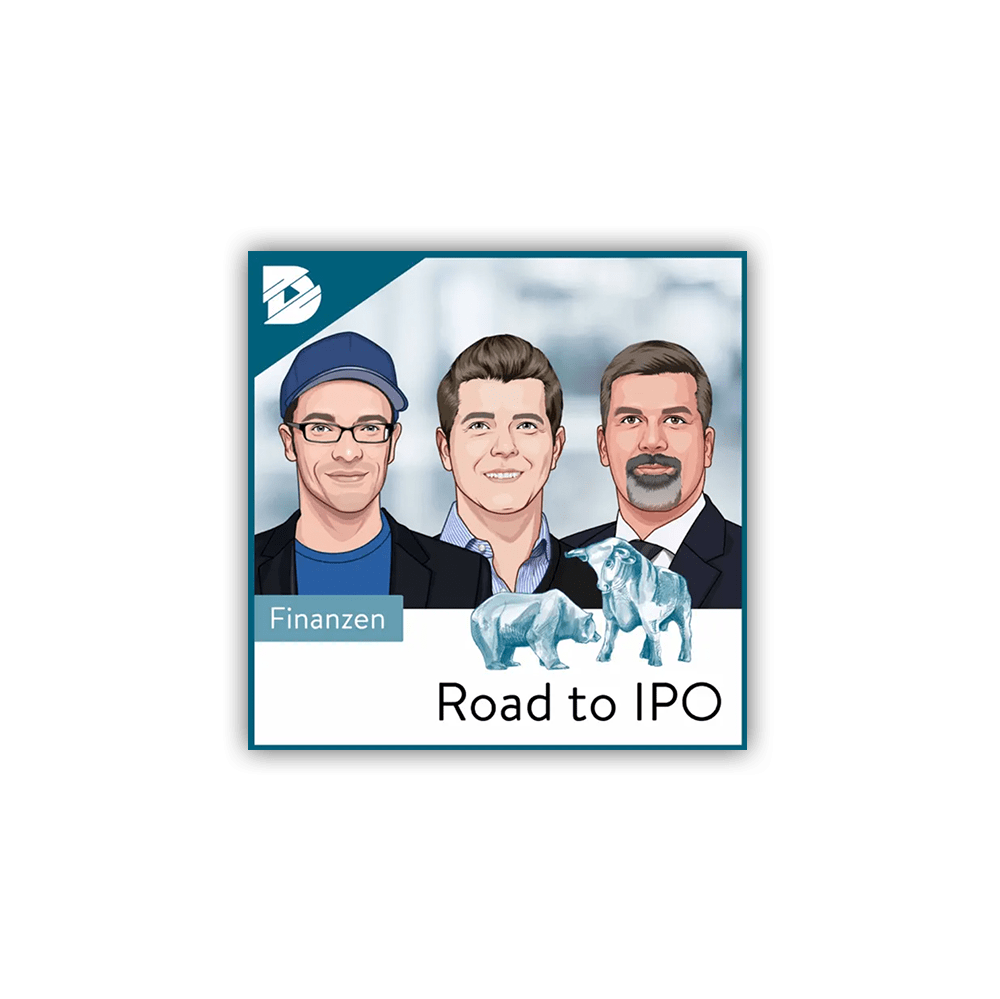 From heiress to enabler: How Susanne Klatten conquers the start-up scene 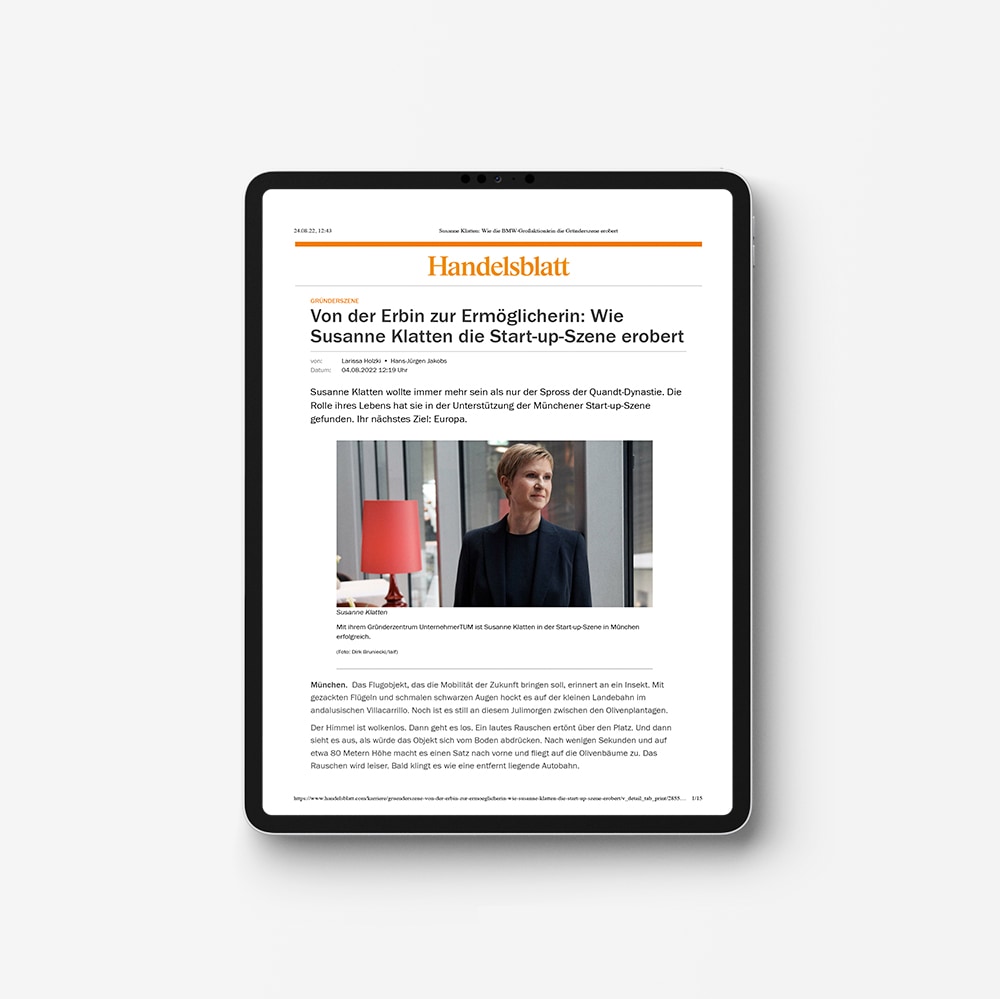 Over the past three decades, universities in industrialized countries have become increasingly active as venture capital financiers. Here, we analyze if investments in university-affiliated portfolio companies, in the form of an institutional-personal relation between the university and the founders, are a commercially successful investment proposition. We use a hand-collected data set of 706 university portfolio companies in the United States and the United Kingdom to extend previous case-based evidence that investments in faculty- and student-led start-ups are an elusive promise that rarely pays off commercially. Read more
venture capital vc university investors university spin-offs university technology transfer technology transfer
research - August 25, 2021

Follow the Money: How Venture Capital Facilitates Emigration of Firms and Entrepreneurs in Europe

An increasingly global venture capital (VC) business raises the question whether foreign VCs’ investments pull economic activity away from domestic economies. Using a large sample of VC-backed European ventures, we analyze whether involvement of foreign VCs influences firms’ and entrepreneurs’ migration patterns. We provide evidence that foreign investors, in particular from the U.S., on average, back much better European ventures and increase the likelihood of foreign exits and emigration of entrepreneurs. Read more
foreign vc venture capital exit international migration
Next